Gloucestershire producers Richard and Neil Robinson believe the key to maintaining performance from their 200-head herd is paying close attention to what the cows are telling them and fine-tuning the diet.

Gloucestershire producers Richard and Neil Robinson believe the key to maintaining performance from their 200 head herd is paying close attention to what the cows are telling them and fine tuning the diet.

The Robinsons run a very simple system on the traditionally laid out unit near Tewkesbury. The dairy cows graze in the summer and are buffer fed, with compound in the parlour. They are fed a TMR diet in the winter, with a Keenan diet feeder to optimise mix quality.

The 340-acre tenanted farm is mainly down to grass for the cows and 150 followers which calve in at two-years-old. Around 100 acres of maize are grown every year along with 15 acres of fodder beet.

The Robinsons are achieving an excellent level of performance from the all year round calving closed herd. Yields average 11,000 litres at 3.81% butter fat and 3.24% protein, with milk from forage standing at 3,800 litres. The herd includes 50 cows classified EX, 50 VG cows and three 100 tonne cows, with milk sold on a constituent-based contract to Cotteswold Dairies.

The cows are run as one milking group with two dry cow groups – far off dry and one month from calving.

“We try to base the system on quality forage,” comments Neil Robinson. “We reseed around 30 acres annually to maintain grass productivity and use a combination of forages to spread the risk. We aim for three cuts of grass silage and have been growing fodder beet since 1984 as we find it suits the farm. We are lucky to have a very good contractor and typically get around 35t/acre.”

Neil first approached ruminant technical manager Mike Chown, of UFAC-UK, following a difficult forage season that saw them struggling to get the performance they wanted.

The bespoke blend is mixed by Abbey Farmers and an 18% dairy cake was fed in the parlour. The maize silage is put in the feeders first followed by the blend, the grass silage, the fodder beet and finally hay.

“When I walked the cows, I was concerned by a number of things,” Mike Chown recalls. “There was excess body condition (BCS) loss in early lactation and a significant amount of variation in the dung with undigested feed passing through the cows, signalling an issue with acidosis.

“As the cows can be away from fibre for a long time while the feed was being put out and around milking at which time they could get 4kg of concentrates as well, I advised making hay available in the collecting yard so cows could increase fibre intakes to help buffer rumen pH. We also tweaked the protein in the blend as the cows were short of bypass protein, replacing some of the rape and distillers with Promega which is high in bypass protein and omega 3s which would also help fertility.”

The impact of the changes was more consistent dung and higher peak yields. 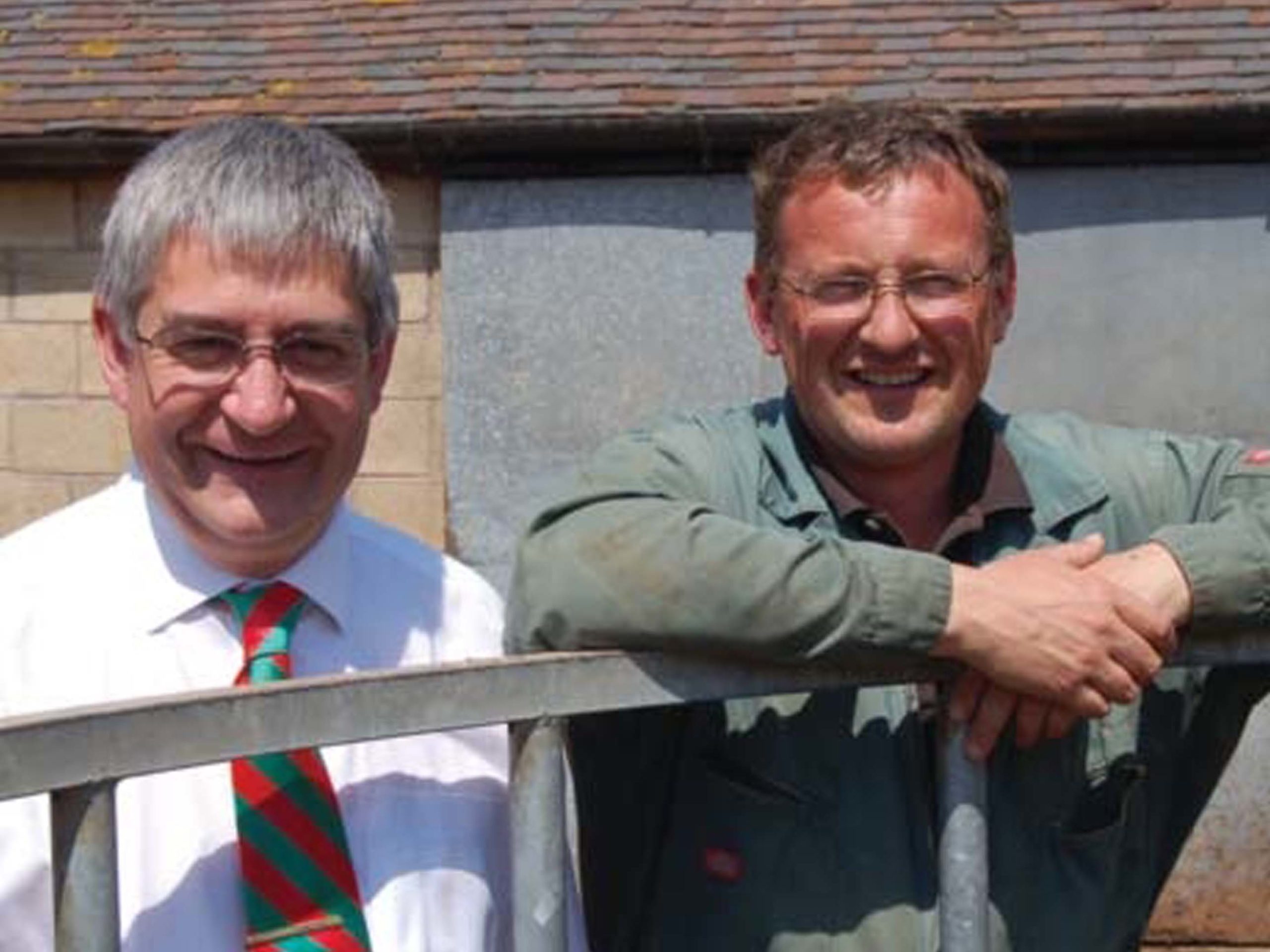 Continuing the theme of better rumen health, Mike encourages Neil to reduce parlour feeding, something that was made easier as new parlour software has been installed. The aim was to reduce the acid loading on the rumen and encourage a higher DMI of feeds produced on the farm.

Being concerned with the extent of BCS loss, Mike wanted to try and increase energy supply while controlling acidosis risk and advised Neil to swap the palm oil based fat for dynalac, which contains a balanced fatty profile, including long chain omega 3s, EPA and DHA, to provide more effective energy to the cow, than the saturated fatty acids that predominate in palm oil based products.

“We wanted cows in positive energy balance by day 40 of lactation. The higher digestibility combined with the fact that the dynalac is rumen inert increased energy supply. Being rumen inert is really important. It means that unlike calcium soaps which can breakdown in the rumen when pH is particularly low, it passes through the rumen with minimal degradation before being absorbed in the small intestine, ensuring increased energy availability,” adds Mike.

Neil agreed to try a weight for weight swap for a five-week trial period and was pleased with the results.

“As soon as we changed fats, we saw an increase in peak yields,” Neil comments. “When we switched back again the cows did not yield as well and many fell away more quickly, so we swapped back to dynalac again and it remains in the blend we are buffer feeding now.”

Conception to first service has increased, but with an increase in yields Neil has increased the voluntary waiting period to 60 days.

“Improving rumen health has led to a reduction in concentrate feeding rates and we are now feeding around 2.6 tonnes of concentrate per cow, down from closer to three tonnes,” Mike Chown continues. “We have reduced the cost of the blend and the better rumen health means that the rumen buffer inclusion rate has been halved, saving £300 per month.”

Looking forward, Neil concludes, “We plan to increase herd numbers up to around 220 cows while maintaining a closed herd. We will then focus on milk from forage and improving fertility still further while preventing the unit coming under too much pressure.”